CYCCB completed the process of electing new board members in June.  Five positions were up for election. Four of them were members who were re-elected.  This included Debbie Zwicky, Jean Carpenter-Williams, Frank Eckles, and Cindy Carraway-Wilson.   Debbie served as treasurer 2008 – 2012 and has been a strong contributor to the board since its inception.  Cindy has been on the board since 2008, served as vice president, treasurer 2009 – 2018 and is our current president.  Jean joined the board in 2008 when she was president of ACYCP. She has continued on the board since that time and is currently Chair of the Marketing Committee.  Frank Eckles joined the board in 2008 as president and has served on the board since CYCCB was formed. He is currently the CYCCB office administrator. 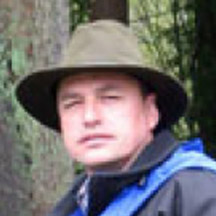 We welcome Mark Littlefield to the board in his first term.  Mark is a permanent faculty member with the University of the Fraser Valley in British Columbia, Canada. He is the chair of the education day committee for the CYC Educational Accreditation Board (CYCEAB) in Canada and a site surveyor.  He brings strong collegial relationships with many colleagues in other post‐secondary institutions across Canada and offers help to institutions across Canada to follow Frazier Valley by having a process to ready all CYC graduates in Canada for certification.  He has a passion to grow certification and professional regulation in British Columbia and across Canada.  We are very pleased to have him join the work of CYCCB.  Mark is also an Association for Child and Youth Care Practice board member.

For the first time workers see themselves as professionals ... it’s a worldview changer when you realize you are part of an international movement instead of simply a sitter in a part time job.

One of the benefits of certification is increased motivation and a sense of accomplishment. Having to demonstrate my competence made me appreciate what I know in a new way.

The portfolio made me work. I really had to investigate the person that I am as a practitioner. It wasn’t something that you could just turn in, you had to do research; you had to think.

Before going through certification I don’t think my supervisors were really taking time to think about what I do and how competent I am. Certification gave an opportunity for my supervisor to identify my value by answering the questions from the application forms.

A benefit of certification is being part of something bigger. Being certified, I joined a large group of others who are working to raise standards of practice.

When I passed the test, I was ecstatic. It’s a good feeling to know that you have learned A LOT.

A benefit of certification is increased recognition of the importance of advocacy for certification both within and outside the field. Certified CYC practitioners are our own best advocates.

Passing the exam definitely gave me confidence that I know what I’m doing. Being compared with so many others who do the same thing I do let me know where I stand in relationship to them.

It’s not just one or two steps and you’re done; it’s a lot of hard work… and it means something to be this capable.

Completing the certification process took self-motivation. No one can do the work for you.

In our organization we met in groups to get our applications completed. It was inspiring to see the support that we got from our agency and from each other.

Going through the certification process helped me become more reflective and increased my ability to conceptualize the good work that I do.

There are still people out there who think of youth workers as ‘glorified babysitters’. Certification helps address this misconception.

Completing certification is viewed as a signal of the seriousness of one’s commitment to professional youth work. It also brings attention from supervisors and administrators to workers’ skill sets.

Many practitioners involved in the certification process recognize that they are now “part of something bigger.” There is a profession of child and youth work and it exists as part of a world movement.

I think the certification process was really valuable in assessing what I do well and areas where I can reevaluate and do things differently.

It made me more efficient. When you’re more mindful about what you do and you know the meaning behind it, you’re able to be more planful and consistent.

Taking standardized tests is hard for me, you know? But passing it was an amazing validation of what I know and use everyday.

The need for advocacy to promote CYC certification and increase awareness of its importance within the field is often mentioned as an important goal of certification.

It was nice for me personally to see all of the trainings and courses I have taken being put toward something that can lead to making the child care field more important overall…it’s the bigger picture.

It’s given me insight into how serious people are in this profession about competence.

Self-motivation and a passion for the work are identified as key factors in being a competent practitioner.

Children and youth comprise approximately 25% of the U.S. population. The combined child and youth work workforce is estimated to be as high as six million (Annie E. Casey Foundation, 2003). It is the largest human services workforce in the US.

Certification has allowed me to be more aware of what is going on in other areas of child and youth work.

The certification process helped me to create and maintain affiliation with member-based associations which offer networking opportunities and a sense of community.

Certification is a signal of one’s commitment to professional youth work.

Why can almost anyone go into afterschool or daycare? There should be a benchmark of common knowledge and ability. That is what certification is!

Certification helps to assure the community that we know what we’re doing and that we care to do it well. As a parent myself, I want to be sure that the people working with my children are the most qualified available.

The CYC Certification Preparation Workbook really helped me. It had the answers I was looking for when i was going through the application and testing process.

Relationships are the Foundation
VIEW VIDEO

Answers to all your certification questions 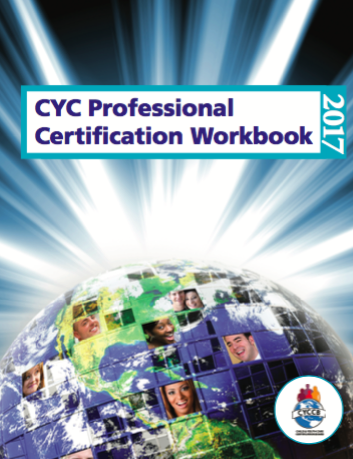 CYCCB offers scholarships and reduced fees to CYCs in need.

This email address is being protected from spambots. You need JavaScript enabled to view it.